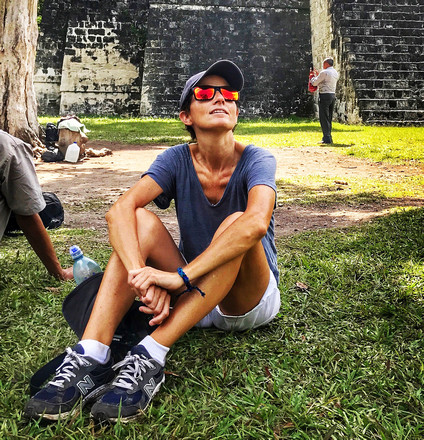 It was 1979 and KISS were playing the now-defunct Capital Centre outside Washington, D.C. Convinced she was their Number One Fan, 8-year old Amanda C. Edwards begged her father to take her to the show. Armed with a Kodak Instamatic X-15 and more enthusiasm than nosebleed seats have ever seen, Amanda's fate began to take shape. Said fate was effectively sealed within minutes of her first black and white darkroom session in high school. A normal job was never going to cut it. This was too much fun to ignore. After receiving her MA (Hons) in Art History at the University of St. Andrews in Scotland, Amanda trekked around Egypt, Europe and Southern California before moving to London to attend a postgraduate course in Photojournalism at the London College of Printing. Because life makes no sense whatsoever, she soon found herself photographing some of the world's wealthiest CEO's by day and some of its loudest musicians by night. London was magic but warm sunshine was desperately needed after six painfully grey winters. A move to Los Angeles in 2002 was meant to be temporary but the novelty of living near the ocean and having a year-round tan has yet to wear thin. Amanda has been a contributing photographer with Getty Images for the past two decades and hopes to dive deeper into portraiture and personal travel projects when things become a little less locked down. In the meantime, she gratefully credits a daily swim for keeping her balanced and her beloved rescue pup, Wryly, for reminding her that life is better with mucky paws.

Her father has yet to forgive her for the KISS concert.